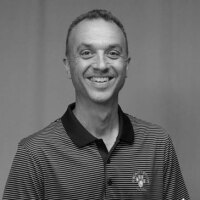 Mike is about to begin his fifteenth season as the key PGA Instructor in the golf teaching operation in conjunction with Indigo Golf Partners and the Morris County Park Commission. His teaching program has evolved to include on course instruction along with individual lessons and clinics for all populations interested in playing golf at four different county owned golf courses. Mike also gives his time to serve on the New Jersey PGA Section’s Junior Golf and Growth of the Game Committees, along with volunteering his teaching time with the New Jersey Golf Foundation to bring the game to all individuals who want to play.

Some of Mike's other notable achievements rest at Hackettstown High School where he has been coaching the co-ed golf team since 2011. The Hackettstown Tigers have won the NJAC Freedom Division Championship seven times in the last eleven seasons ('11,'12 &'15-‘19). Mike was chosen as the New Jersey Herald Golf Coach of the Year in 2012 and 2017. Another one of Mike's coaching endeavors involves the Flanders Valley PGA Junior League teams, where he mentors and coaches over 50 local juniors on both U13 and U17 squads during the spring and fall seasons.

The New Jersey PGA also recognized Mike's efforts as he has been a six time nominee for the NJPGA YPA award , twice nominated for the NJPGA Player Development Award and a one time Horton Smith Award nominee. Mike was the recipient 2017 NJPGA YPD Award.

SCHEDULE YOUR LESSON WITH MIKE:

Golf Lessons
Make a commitment to improve your golf game this year!
Back to Golf Lessons